A few weeks ago, Adrian turned four-and-a-half and I realized I don’t write about him very much. Camilla is the one we’re homeschooling, the big first-grader. Evangeline is the baby, new and exciting and changing so fast you can see it happening. But Adrian, the boy, the middle one. Well, those middles always get overlooked, don’t they?
But I love his age. He’s all of a sudden so big. It seems just yesterday he was barely talking, but he’s been my cuddler since day one and he still is—most of the time. He begs me to stay in his bed and snuggle with him when I’m ready to turn out the lights and call it a day. About a month ago, I came across some old videos of him and he looked the same as he does now. It was hard to tell he was smaller in the videos because his face was the same, but he was acting like a baby. He was a baby. And now he’s coming into the house from outside all by himself. Opening the door and running in ahead of Camilla and Todd.
“Mommy! Mommy! Do you know why we were gone so long?” And then he proceeds to give a detailed explanation of their escapades. 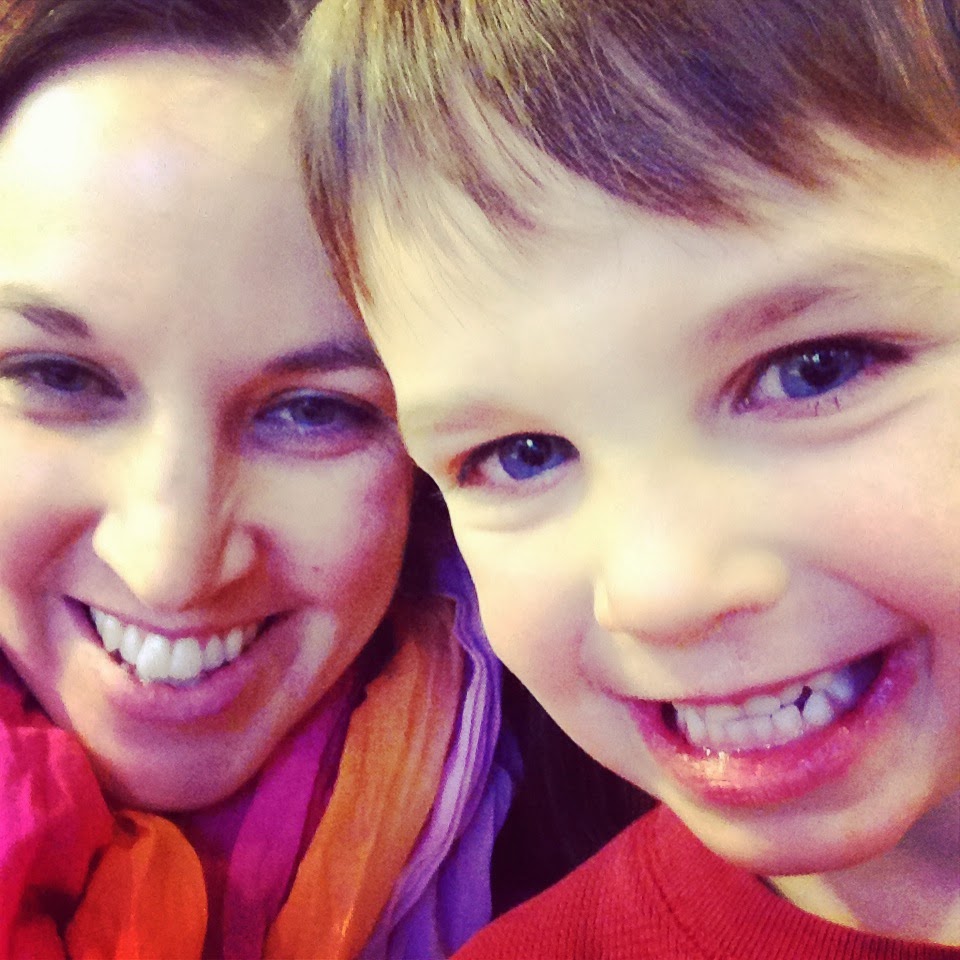 One weekend morning last month, Todd sent him to give me a kiss goodbye before they left for one of Todd’s races. He didn’t want to at first. Then, when he finally threw his arms around my neck, he said, “Aren’t you coming?”
“No,” I explained. “There’s no room in Daddy’s car for the baby and me.”
“I’m not going either, then,” he said.
“Don’t you want to go to Daddy’s race?” I asked.
“No,” he said. “I don’t like the loud noises.”
He snuggled back into my bed with Eva and me for a few moments and I told him he could stay home if he wanted to. But when Todd came up to say good-bye, he changed his mind.
“Actually, I do want to go!”
He’s a big boy, but not too big to snuggle. Often, when Eva is playing on the floor, he goes over and lies down next to her, sucking two fingers as he’s done since he was a baby himself, and snuggling up against her. I keep checking on them to make sure it doesn’t turn into a game of “How Many Appendages Can I Put On Top of the Baby Before She Cries?” That’s a fun game, let me tell you! As he gets older, his will shows up, unannounced and stubborn. He cries and throws himself on the floor when I ask him to clean up his toys. I guess he’s been doing that for a while, but lately he’s come up with a creative new twist. When I remind him that Mommy and Daddy are in charge, he says, “But sometimes I’m in charge.”
Recently, I asked him to come downstairs and he reluctantly obeyed.
“Okay,” he said. “But I’m still in charge!”
Ah, yes! Four-year-old autonomy at its best.