A few weeks ago I said this to a friend. Actually, several friends, in several different conversations. Since Camilla was born, we have only camped a handful of times and every one of those times it was for one night in somebody’s backyard. Breakfast was cooked in a real kitchen and when we were tired of roughing it (after about 24 hours), we packed up and headed home to take showers.
But now we have officially camped with our children. For three nights (it was supposed to be four) in a real campground, where we made meals over a fire and showered in a common bathhouse. And, while I still love camping in theory, I have revised my former statement. Now it reads, “I love camping in dry weather!” Two days of rain and we packed it in early. We will try again soon, I’m sure. On a sunnier day. 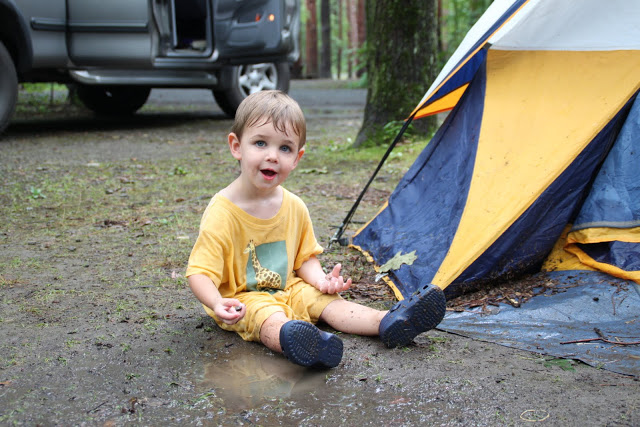