This post has little to do with the pictures.

03 Jun This post has little to do with the pictures. 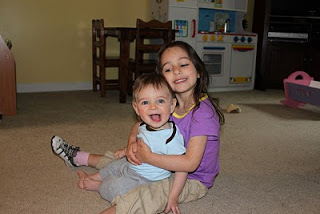 In my last post I made the observation that “I don’t know how anybody handles more than two children” but said that was a post for another day. I’ve been mulling over it ever since and now it is another day, so I’ll just dive right in. 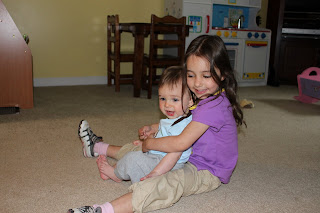 I can get myself very worked up–into a pitch black pit of inferiority. (I have to give a shout out to Dr. Dobson’s Preparing for Adolescence because I’m sure that’s where I got the term “pit of inferiority”.) Before I had children, I was a closet Bree VanDeKamp/Hodge wannabe. I attempted to keep the house spotlessly neat and clean basically all the time–in fits and starts. There were times when I would let things go a bit, but most of the time I was a perfectionist when it came to the house. I worried over statements I heard, such as, “A clean house is a sign of a dull woman.” I agreed in the times when the house was messy, but most of the time I hoped the ubiquitous “they” were wrong. I realize that my perspective may be skewed. Things are often perfect, or at least better, when you look back on them. So maybe the house wasn’t as clean then as I like to think. And absolutely, without a doubt, every time you ask me, I will take the current chaos over my idealized notion of the pristine environment we used to have. But that’s not what this post is about. 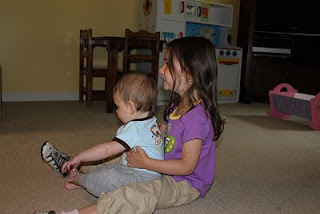 Really, it’s about comparisons. I only have two children. I assume that other mothers, with three or four or five small children, successfully keep their homes neat and clean, prepare healthy meals, make their own baby food (granola, yogurt, bread, whatever), cloth diaper, garden, spend quality time with each child, work full time, blog, write, paint, have coffee with friends, minister at church, work out five times a week, date their spouses, read and pursue higher education–all with the greatest of ease. Okay, I know that’s not realistic. I’m sure they don’t do all of that gracefully. But, if I look at myself compared to other mothers, I honestly start to feel that there is something seriously wrong with me. I must be disabled in some way. If it weren’t for Todd coming home and pitching in every night, we would live in absolute squalor. I shudder to think of myself married to a more demanding man. Thank God he doesn’t mind eating leftovers and giving baths, running the vacuum, and washing dishes. He’ll even scrub the bathrooms on a Saturday. Last week I hit rock bottom. I had spent the better part of the day waiting in a doctor’s office to see a doctor for five minutes and ended up deciding that we didn’t need to see the doctor in the first place. When I got home, I ferociously attacked the kitchen, scrubbing it from ceiling to floor. (It hadn’t been seriously cleaned since before Easter. Easy now, that took guts to tell you!) When Todd got home, we packed the kids off to Grammy and Grampy’s and hit the gym for an hour or so. By the time we got the kids to bed and various laundry folded, it was 10 pm. Todd was catching a flight early in the morning for a work-related trip, so he hit the sack as soon as he could. When I got to the bedroom, I collapsed on the floor in utter frustration. Our bedroom was a disaster. I sank into the deep pit of inferiority.
Since Todd was already gone when I got up the next morning, it took me some time to climb out of the pit. My friend Susie talked me off the ledge that afternoon. (Thank you!) Am I mixing my metaphors with the pits and the ledges? Sorry! The problem is, I can hear this a hundred times and it just takes forever to truly sink in. The state of the house is not the most important thing in the world. It’s a pretty selfish ambition on my part, anyway. Todd doesn’t demand a clean house. The kids don’t care. It’s just my own idea of what a home should look like. If the house is clean, it doesn’t mean everybody is healthy and happy. I may like it that way, and certainly some level of cleanliness is necessary, but in the long run it’s going to happen, just not all at the same time. I try to remind myself that one day the house will be clean, and I will wish Adrian still fit in my lap. 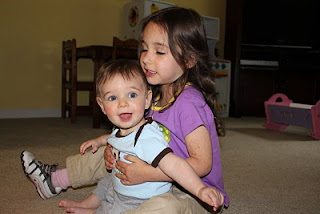 Yet . . . I still had a nagging feeling that there must be something wrong with me. Other people seem to manage just fine. While I was walking with the kids that afternoon, it suddenly became very clear to me. I believe it was God trying to get through, saying something to this effect. “Stop comparing yourself to other mothers, Alison. I created you to be you. You have two children right now, not three or four, and I will equip you to be the mom they need. You don’t have to keep your house clean. You don’t have to cook a gourmet meal tonight. All you have to do is love on your kids.” Did you ever have one of those moments where something suddenly seems so obvious? No offense at all to her because I actually love her, but I am not MckMama. Who cares? Actually, even if you do care and you think I should be able to give more than I do, I don’t care. If Adrian eats more Earth’s Best Baby Food jars than Camilla did, it’s because I would rather be sane and cuddle him. I’ll make his baby food from scratch as much as I can because I like to, but I’m not going to drive myself crazy over it. And I’m not going to take on anything else I don’t need to. I’ll do what I can while being a good mama. Maybe you can do more. Maybe you can’t. It doesn’t make you or me a better person. We’re all broken anyway. Why do I so easily forget, trying to live up to a manmade standard of perfection? Maybe I’ll have to read my own blog from time to time to remind myself. Everybody should, because it’s awesome. 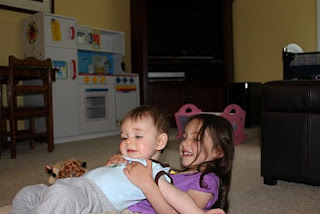