Why We Homeschool: Part Two

18 Mar Why We Homeschool: Part Two

Posted at 16:44h in homeschooling by Alison Treat 2 Comments
0 Likes
Share
Wasn’t I writing a series or something?
Yeah. I guess I’d better get on that. (Read the first installment here.)
Two Three weeks ago, after I posted the first installment of my so-called series, I was talking to some friends. I expressed such doubt about my own path regarding homeschooling that one of the friends collapsed in gales of laughter imagining this series ending with a picture of Camilla with a backpack getting on the bus.
There are days when that scenario has its appeal. I am pretty sure that we will take the path of traditional schooling again some day. I’m just not sure when it will happen. I have thoughts about how nice it would be to put some of the kids on a bus and have a quiet house for a little while, to let somebody else fight with Camilla over math problems (because she probably wouldn’t fight with anybody else), to actually clean up the kitchen and read books just to the little kids for a change, to not collapse into bed completely exhausted at night . . . And then I think that I’m trying too hard, and doing too much. These are selfish things to want maybe. Perhaps if I got more organized and Eva started sleeping through the night . . . and then I take a moment and see the beauty in the chaos.
Last week I had one of those days. I had chosen an “unschooling” activity for the first hour of “school.” We made a double batch of dinner so that it would be ready for that night and I could take a meal to a new mom. After that, Eva was fussy and I went to put her down for a nap, asking Camilla to practice the piano. It took forever to settle the babe, and she promptly woke up after I left her anyway. Every bit of school “work” we tried to do seemed futile. The kids were ornery. I was ornery. I went outside into the sunshine by myself to breathe for a moment and thought about the rain and snow forecasted for the next day. I cleared my head enough to realize the struggle wasn’t worth it just then. So I went back inside and sent the kids out to play. I sat down to nurse Eva for the umpteenth time and listened to myself think for a change. It was the right choice. 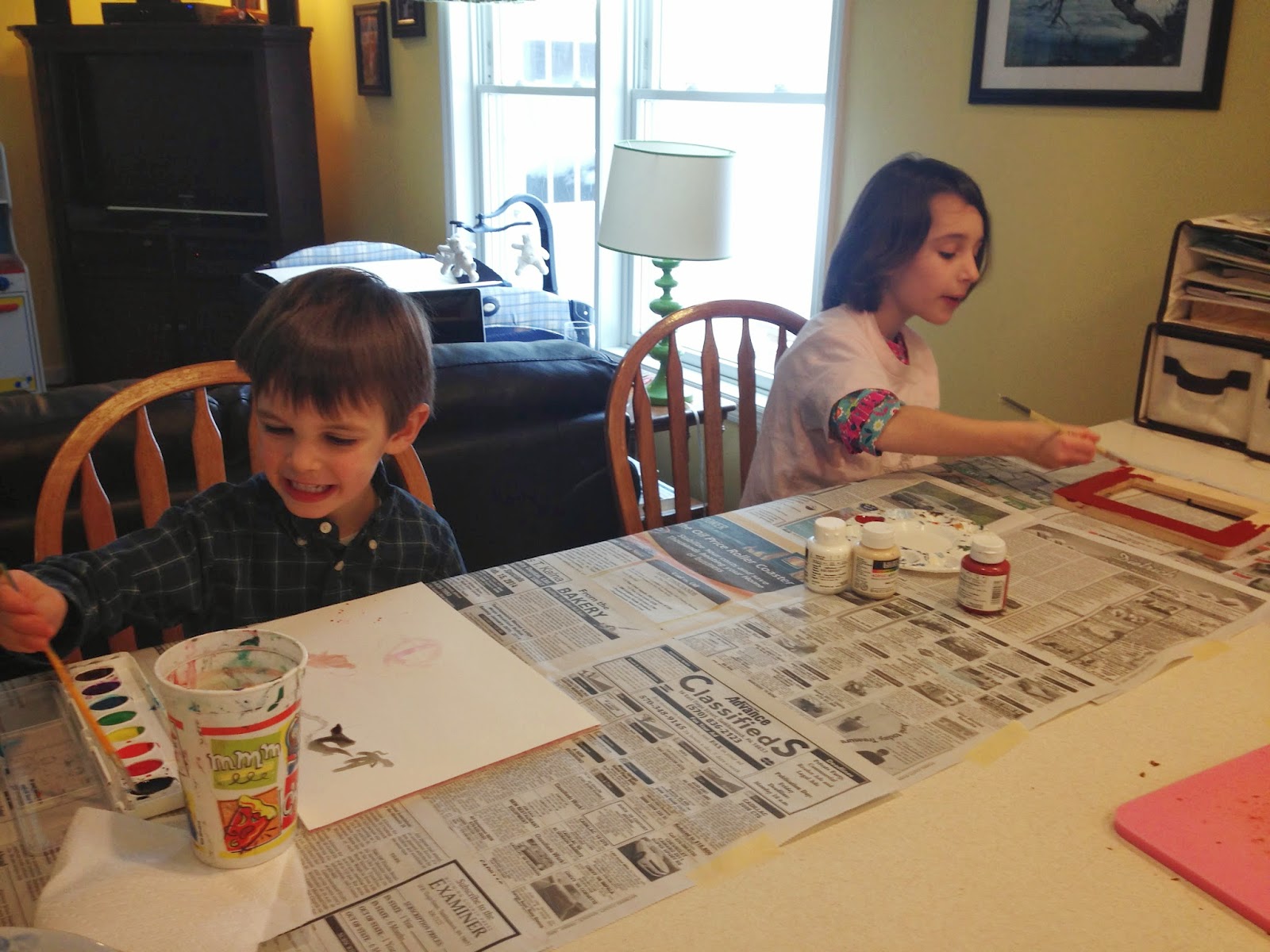 When we’re “on” we have a great time learning together. So I knew that we could easily make up for lost time later that week. And this scenario, surprisingly, demonstrates one of my reasons for homeschooling.
We have the freedom to be flexible. We take time off without getting special permission. We follow the rhythm that works for our children throughout the day and throughout the year. We walk in the woods when it’s convenient for us. We go skiing on a week morning after a snowstorm. We can go to the beach for a whole week in September if we want to. We don’t have to write an excuse and explain it to somebody.
My first reason for homeschooling is flexibility. It’s a beautiful thing when I wield it. And it brings peace to my rebellious, non-conformist side. (I could write a whole post about that side!)
Freedom is wonderful. And I take it for granted far too often.