Posted at 15:34h in Allume, Ann Voskamp by Alison Treat 10 Comments
0 Likes
Share
To read the first installment of my Allume story click here.
As I wrangled my luggage into the Hilton, I had an inkling that God had something up His sleeve for my weekend. I knew I would be a very small blogger in a sea of big bloggers and enormous bloggers. I’m not even sure I’m really a blogger. I think of myself as a writer who also blogs . . . but I digress.
I made up my mind to be friendly. I wasn’t in the mood, but I didn’t have much of a choice if I didn’t want to spend the weekend alone in my room. I checked Twitter and saw that the Allume Newbies were having a Meetup that very moment in the lobby. Apparently I’d missed the announcement for lack of checking the Allume Facebook page. But I went downstairs and joined in anyway. I met a few people. I navigated blogger small talk rather successfully. As I was chatting with Amanda, she pulled me over to join a separate meeting for those interested in a Mastermind group.
“What is a Mastermind group?” I asked.
“It’s a small group of like-minded bloggers who all communicate and encourage one another,” she answered.
Within a few minutes, I had “by chance” joined a Mastermind group with seven other women: Amanda, Monica, Lindsey, Katie, Jennifer, Judy, and Karena. I don’t know if we’ll end up doing the real “Mastermind” thing. That’s something we’re supposed to pray about. But we did sit together at dinner. And I became attached to Judy, followed her around like a puppy dog, and met her friend Paula in the (in)courage lounge after dinner. As we waited in line to have Phil Vischer write postcards to our kids, I somehow spilled out that I had just gone through a miscarriage. It hasn’t been something I tell people when I meet them for the first time, but . . . I jumped first and then I found out Paula and Judy were safe people. That being vulnerable with them wasn’t going to leave me more broken. It was going to aid in my healing.

It’s funny, even now, over a week later, I keep thinking Judy and Paula weren’t asking for this. They didn’t come to Allume hoping somebody would spill her guts and then become their third wheel for three days. But I know that’s one reason God put them there. To listen to me and cry with me over shared heartache. To understand when I couldn’t even speak a full sentence because everything I heard brought me to tears.

I knew this was a Christian Bloggers Conference, but I thought it would be mostly about blogging. You know, your online platform, growing your blog, balancing blogging and family life. And there was a lot of that, to be sure.
But after hearing the first speaker, Phil Vischer, I began to realize that wasn’t what this weekend was about.
I could spend a lot of time rehashing each of the messages, but I doubt you’re reading this hoping to get an abbreviated version of the conference. So I will just give you what were, for me, the highlights.
On blogging and writing and trying to be something:

“We make ourselves real by telling the truth.”

“Focus on depth over width, service over fame, blessing rather

than impressing and Kingdom impact over numbers.”

“Virtual life is a platform, but it’s not real life. ”

On failure and pain:

“Pain is a doorway to truth. Lean into the pain. It will lead to freedom.”

The day after his talk about the failure of his company Big Idea, Judy and I ran into Phil Vischer. This was one of those times that I couldn’t even speak because I was so close to tears. Judy spoke volumes, though, and what she said struck a chord with me. She told him it was so cool that God cared more about Phil Vischer than Big Idea. Phil was trying to do so much for God. But it wasn’t as though God couldn’t do it without Phil and without Big Idea. He cared more about Phil’s heart than Phil’s success.
That was the epiphany: God cares more about Alison’s heart than He does about her being happy and having pleasant earthly circumstances.
I don’t know exactly what that means. I don’t know what He’s doing. Why couldn’t He have left me happy with my two kids and my writing career starting to take off? No, He had to stir desire again and then snatch it away . . . for what?
And then, Saturday night, we heard the very last speaker, Ann Voskamp.

It was all about brokenness. Taking our broken pieces and making words with them. Being with God instead of working for God. Following His voice rather than seeking the praise of men. Making a difference by showing our brokenness . . .

Ann said, “All our brokenness is for this—to be chiseled and shaped into the image of Christ.”
Somehow, while I was listening to her, I saw clearly. Not the answers to all my questions, but the Answer. That being with Him is the answer—it’s where I’ll find healing. It’s where I’ll find direction. It’s where I need to be in order to be a good mom and a good writer . . . and to not be bitter about all the crap life throws at me. To take what I’m given and allow myself to be changed and chiseled and made real.
I’m not there yet. I hate this pain. I’m still angry sometimes. I still wish we could have had that baby in May. I go back to the three weeks I knew I was pregnant and I miss the excitement of sharing a tiny part in creation, the joy of knowing that a new life is so much more special than any book deal.
But I’m beginning to trust that He has a better plan. He sees eternity and I only see the here and now and the pain of the immediate. So I’m going to lean into the pain, and offer it up to Him and trust His heart. 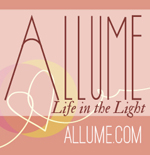