“Marriage is relentless” and other thoughts

30 Nov “Marriage is relentless” and other thoughts 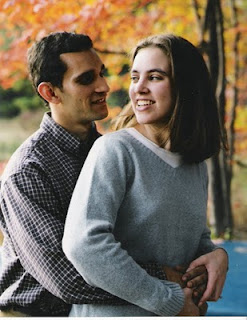 I know, we look young, right? We were babies!
When we were new to this whole marriage thing . . . wait a minute, I have a feeling that some of my readers may think we are still new to it. Okay, so when we were really new to this whole marriage thing, we started a Bible Study with some other couples at church. Those couples became some of our closest friends. They are very dear to my heart because of the communion we shared. We had many laughable moments together, and one of them was a quote that has never been lived down. The topic was marriage and we were going around the room taking turns sharing about what our marriages meant to us. Most of us had endured only a few bumps so far in our relationships so were saying warm, fuzzy things. But one man burst out, “Marriage is . . . relentless!” We had to scrape his wife’s jaw off the floor. I think she can laugh about it now–at least I hope so.
Whenever I ponder marriage, I think of this moment and I’m convinced our friend had a point. While I don’t think of marriage, or at least my marriage, as strict or severe in any way, I believe every good marriage comes to a point where both members decide not to relent in their pursuit of each other. I recognize the unyielding nature of our vows and while some may look at this as too restricting, for me there is freedom in it. If Todd and I were not committed to relentless pursuit of each other for a lifetime, we would never have the deep love we share now. And my, how it has changed in the past ten (or eleven) years.
We threw ourselves into this thing in a somewhat headlong fashion. We’d known each other forever, really–well, it was going on fifteen years when we got together. But we only “dated” for eight months before Todd popped the question. And our engagement was not even six months long. It was quite a rocky relationship at the start, before I “knew” he was “the one”. My readers from the homeschooling movement (or anyone who watches 19 Kids & Counting) will understand the whole “courtship template”. Yes, I think template is a good word to describe it, because a relationship has to fit into a predesigned plan. This man came to my father and I was supposed to fall in love with him and marry him. And if I didn’t, well, wouldn’t that make my parents look bad? They’d been singing the praises of the courtship idea for years now, explaining to friends and family that this is what they expected of their children. This was the only God-ordained way to find a mate after all! Of course, I didn’t believe that, but I did feel an obligation to obey my parents. And I liked Todd a lot. He was my close friend and I most definitely had feelings for him. But was he the one? I felt tremendous pressure from all sides to make this work. After all, he’d really put himself out there for me. He had to be pretty certain before he even started our relationship. But I wasn’t certain–at all. And, believe me, I was not going to marry somebody I wasn’t sure of. The whole courtship ideal could go to hell–I wasn’t going to ruin my life for it.
So it was really rough there for a while, in spring of 2000, when Todd realized I wasn’t sure. We were already in the middle of this relationship and he was in love with me but he had to give me up. He had to let go and give it all to God. We took a step back and then I wasn’t so suffocated and I could see clearly. Then it happened. Over the next two months, I just knew I couldn’t live without him. 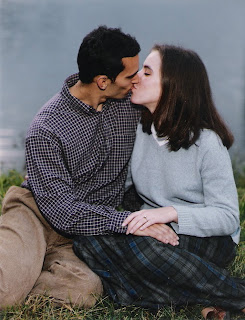 And then the real fun began!