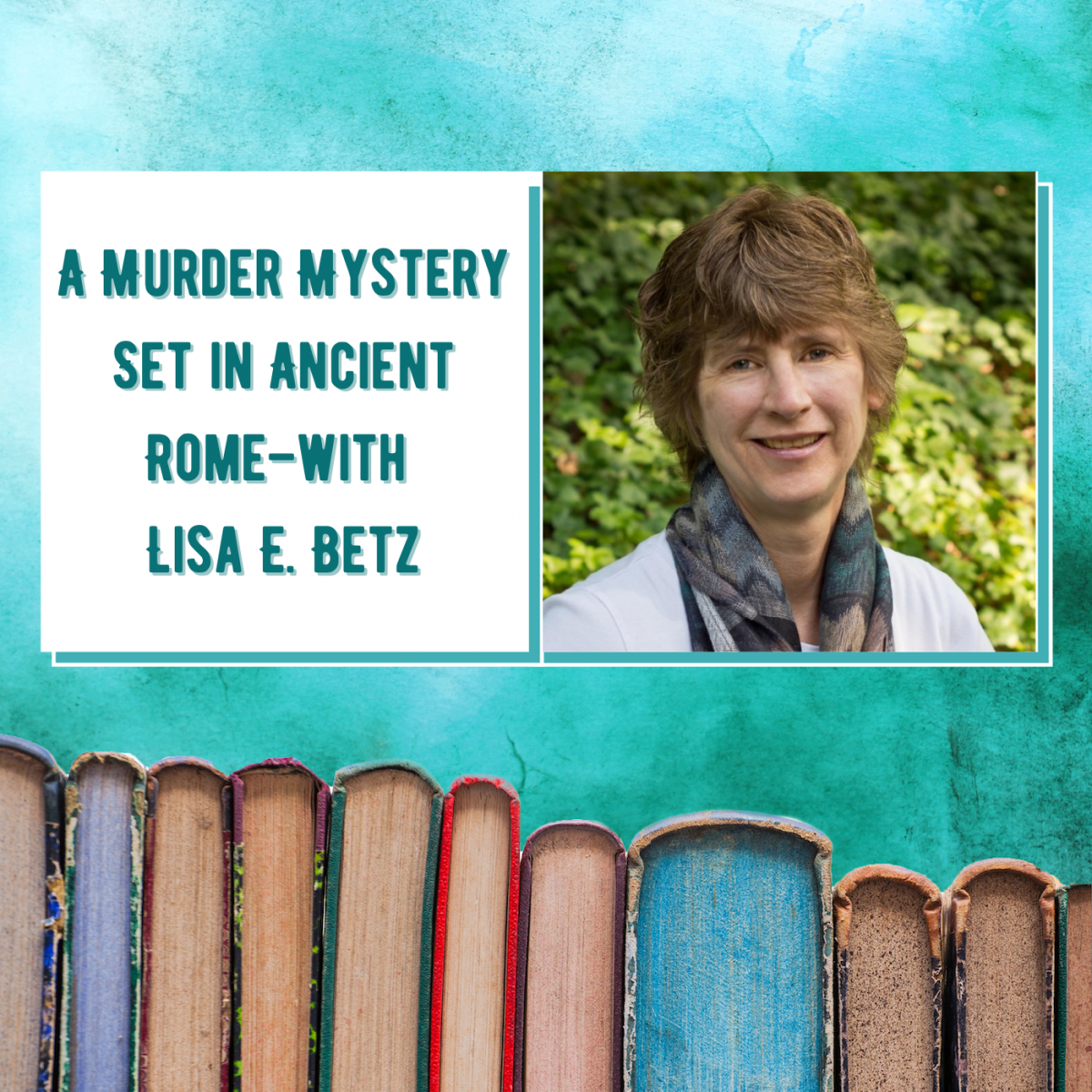 Lisa E. Betz worked as an engineer, substitute teacher, and play director before becoming an award-winning mystery writer. She brings her analytical mind, quirky humor, and positive outlook to all she writes. She draws inspiration from thirty-five years of leading Bible studies to create entertaining mysteries set in the world of the early church, and then she fills that world with eccentric characters, independent females, and an occasional sausage-snatching cat. In addition to writing novels, Lisa blogs about living with authenticity and purpose.

Sensible women don’t investigate murders, but Livia Aemilia might not have a choice.

Rome, 47 AD. When Livia’s father dies under suspicious circumstances, she sets out to find the killer before her innocent brother is convicted of murder. She may be an amateur when it comes to hunting dangerous criminals, but she’s determined, intelligent, and not afraid to break a convention or two in pursuit of the truth. Plus, she’s adopted a radical new faith that encourages her to believe a woman and a handful of servants can actually solve a murder.

Can she uncover the culprit before powerful men realize what she’s up to and force her to stop? Or will her snooping land her in deadly peril?

A lighthearted historical mystery set in first-century Rome, featuring a feisty amateur sleuth, a cast of eccentric characters, and an unrepentant, sausage-snatching cat.

Purchase Death and a Crocodile from Amazon (affiliate).

Purchase Death and a Crocodile from Bookshop (affiliate).