Checking in rather late today

27 Feb Checking in rather late today

Posted at 22:18h in half-marathon, running by Alison Treat 2 Comments
0 Likes
Share
I am very pleased to report that I made it to the gym last Tuesday. Of course, I did not also run on Tuesday. I ran Wednesday instead. I ran four miles and at a faster pace than I have run that route in recent history. Pause for victory dance.
Thursday it was time for some cross training. Read that downhill skiing of a variety I have not enjoyed in some time. Most of my skiing recently has been with Camilla on intermediate slopes. Don’t get me wrong, I love skiing with her and it’s awesome that my five-year-old can ski blues without a problem. I also know that the day will come when she will be beating me down the double diamonds. That said, it was still very nice to actually ski with Todd for a change and hit some black slopes. It brought back sweet memories. I have no memories of this ever happening before, though. 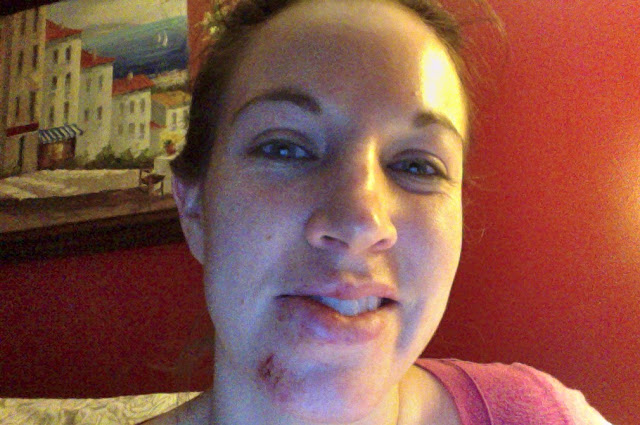 I really struggled with posting this photo. It’s probably one of the most unattractive photos I’ve ever seen of myself. But it’s the only one that accurately portrays the fat lip and brush burn I suffered when skiing into grass at a relatively high speed threw me into the snow face first. (So, really, how could it be attractive?) I had a perpetual snarl on my face for a good 24 hours. And all due to my attempt to avoid hitting a rock with Todd’s snazzy new skis. Why was I using Todd’s skis anyway? That is the question.
Back to running, though . . . I did another four miles with Ariana (and kiddos in running strollers) on Friday. Exhausted from skiing, I skipped the gym that day. I took Saturday off as well, citing exhaustion (and too much to do) as the reason. And Sunday I went by myself for a “long” run of a mere 7 miles. Each time I up my mileage I feel victorious. Yet I know I have far to go. Maybe I’ll get to the gym twice this week. That would be glorious.