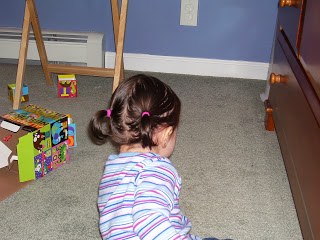 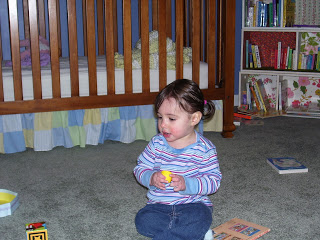 A few weeks ago, I finally succeeded in getting Camilla to sit still long enough to put her hair in “bunches”. That’s right, bunches. According to Wikipedia,

“Bunches (also called angel wings) describe a hairstyle in which the hair
is parted down the middle and gathered into two symmetrical bundles, secured
near the scalp. The remaining lengths of hair can hang down loosely
as ponytails or be braided into pigtails. In some English-speaking
regions, this hairstyle is referred to as pigtails regardless of whether the
hair is braided. The style is popular among toddlers and young girls, and
is sometimes also worn by teenagers and young women to emulate an innocent
or rustic appearance.”

HA! Thought that last sentence was funny. I was going to title this post “pigtails” but I remembered that as a child, my family never called them pigtails. I thought pigtails were braids. Turns out I was right! It’s only recently that I’ve started following the crowd in my “English-speaking region” and calling them pigtails. 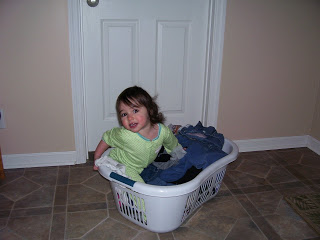 And here she is, without “angel wings”.
She climbed into the laundry basket all by herself!
Isn’t she cute?